COLLINS NUTSHELL BOOKS
Your Car
KENNETH ULLYETT
With Photographs and Diagrams
COLLINS LONDON AND GLASGOW
FOREWORD
That invincible racing Bentley driver Sir Henry ("Tim") Birkin, who along with other immortals such as Babe Barnato, Sammy Davis, Glen Kidston and Jack and Clive Dunfee strove to place Britain victoriously in pre-war motor racing—and who made Le Mans almost a British dominion—once said to me: "I wish I had the words to utter my belief that a car has a life of its own."
It was part of his credo, and he believed that a racing car is a thing of latent power, and needed only Man to bring it to life. Of course this romantic philosophy is not likely to be accepted by millions of "bread-and-butter" car drivers who regard their vehicles simply as an automatic shuttle from A to B, and to whom car servicing is only a wearisome expense.
To many more millions, however, the routine maintenance and hotting-up of automobile machinery is a joyous extension of childhood mechanical ambitions. Not for one moment do we deceive ourselves that "Do-it-yourself" is always better than professional service from a well-equipped garage; indeed there are very many tasks the ordinary amateur motorist cannot hope to tackle without risk of failure, costly damage, or danger. But of course there is an inherent pleasure in "tinkering with the car," and many servicing jobs—even those greasy, routine and dirty chores—are tinkerings which, like virtue, bring their own reward.
"Don't let Tinker die," pleaded Sir James Barrie. There is little chance of the car tinker dying; in fact his number is legion and daily increasing at about the same rate as are professional service charges.
This book aims at helping the ordinary handyman to service his car and carry out minor repairs and adjustments, and shows where the line must be drawn between jobs for the amateur and tasks where special tools and specialised professional knowledge are vital.
In the compilation of this book I am indebted to a very large number of people, in particular to The Dunlop Company Ltd., Hepworth and Grandage Ltd. (Mr. W. G. Rogers), Joseph Lucas, Ltd., The MG Car Company Ltd., The Nuffield Organisation (Mr. A. L. H. Dawson), Rolls-Royce Ltd. (Mr. D. E. A. Miller-Williams), Standard Triumph International (Mr. K. B. Hopkins, Mr. D. A. Twiss and Mr. N. Macginnis) and Woodhead Monroe Ltd. for the use of helpful Works Manual text and illustrations.
Kenneth Ullyett The Royal Automobile Club 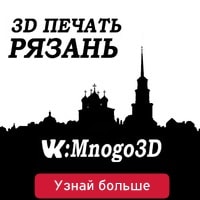